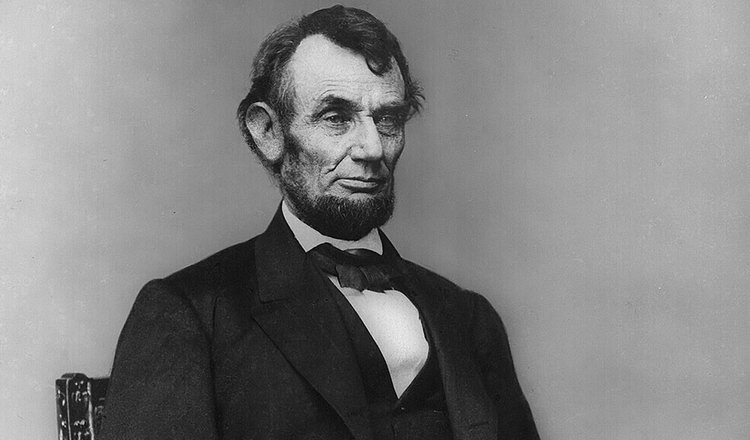 The 16th president of the United States, Abraham Lincoln worked as a lawyer and served in the Illinois General Assembly for eight years and in the House of Representatives for a year before winning the Republican nomination for president in 1860. As president during the Civil War, Lincoln issued the Emancipation Proclamation and delivered the Gettysburg Address in 1863. He was re-elected as president in 1864 and served until his assassination in 1865, a few weeks after the Civil War ended.

Lincoln wrote poetry as a teenager, mostly satirical verse and short stanzas on the flyleaves of books. He worked on a longer poem in quatrains in 1846, “My Childhood Home I See Again,” which he sent in a letter to Andrew Johnston, a fellow lawyer in Illinois. In 1863, Lincoln wrote lines of verse on the occasion of Lee’s invasion of the North. In a 2004 article for the Abraham Lincoln Association’s newsletter, Richard Lawrence Miller attributed an unsigned poem titled “The Suicide’s Soliloquy” to Lincoln. The poem, a melodramatic persona poem, originally appeared in the Sangamo Journal, a Springfield, Illinois, newspaper, in 1838.