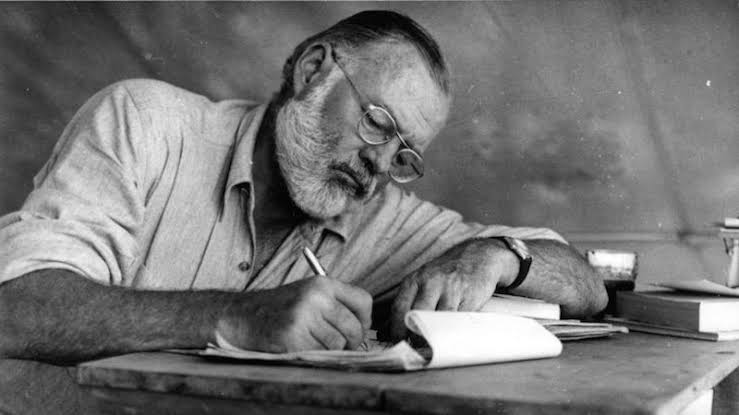 Ernest Miller Hemingway was one of the greatest American writers in the 20th-century, and his understated literary stylings have influenced writers for decades. Hemingway produced most of his work between the mid-1920s and the mid-1950s, and he won the Nobel Prize in Literature in 1954. He had published seven novels, six short story collections, and two non-fiction works. Many of his works are considered classics of American literature. From the beginning of his writing career, Hemingway’s distinctive style occasioned a great deal of comment and controversy.Basically, his style is simple, direct, and unadorned, probably as a result of his early newspaper training.

Hemingway was raised in Oak Park, Illinois. After high school he reported for a few months for The Kansas City Star, before leaving for the Italian front to enlist with the World War I ambulance drivers. In 1918, he was seriously wounded and returned home.

His wartime experiences formed the basis for his novel A Farewell to Arms.According to A Farewell to Arms, although the book ends with a death and a stillbirth, the main character Frederic himself is nevertheless in a sense reborn, becoming a better, deeper person through his months-long involvement with his pregnant lover. In 1921, Hemingway married Hadley Richardson, the first of his four wives. The couple moved to Paris, where he worked as a foreign and fell under the influence of the modernist writers and artists of the 1920s “Lost Generation” expatriate community.

The Sun Also Rises, Hemingway’s first novel, was published in 1926. After his 1927 divorce from Hadley Richardson, Hemingway married Pauline Pfeiffer; they divorced after he returned from the Spanish Civil War where he had been a journalist, and after which he wrote For Whom the Bell Tolls. For Whom the Bell Tolls is a far cry from the kind of fiction with which Hemingway began. It is an ambitious work on a grand and epic scale, and it deals with war and politics directly in a way that is true of none of the other great Hemingway novels.Some readers found it a more conventional, less pathbreaking book than the best of Hemingway’s earlier efforts, but others welcomed the undeniable improvement it represented over the work that had disappointed so many readers and critics in the 1930s. Finally, it seemed, Hemingway was back on track, and some early critics considered it his best book so far. He had become a conspicuous public figure, and his life seemed almost more interesting than his recent prose.

In 1952, The Old Man and the Sea helped win Hemingway the Nobel Prize, which served to confirm his status as one of the most significant writers in the world.The Old Man and the Sea depicts the epic battle between an elderly deep-sea fisherman, Santiago, and a huge and vigorous marlin. His novel seemed to imply an inspiring lesson that a man might be defeated in practical or worldly terms while still triumphing spiritually and as a person. However, some critics felt that both the story and the prose were too sentimental, and some felt that the work was an exercise in self-pity, with Manolin offering Santiago the kind of hero worship that Hemingway himself so obviously desired.Hemingway’s legacy to American literature is his style: writers who came after him emulated it or avoided it. After his reputation was established with the publication of The Sun Also Rises, he became the spokesperson for the post “World War I generation, having established a style to follow.

His books were burned in Berlin in 1933, “as being a monument of modern decadence”. He avoids the adjective whenever possible, but because he is a master at transmitting emotion without the flowery prose of his Victorian novelist predecessors, the effect is far more telling.His parents disavowed his literature as “filth”. Reynolds asserts the legacy is that “he left stories and novels so starkly moving that some have become part of our cultural heritage”.

In a 2004 speech at the John F. Kennedy Library, Russell Banks declared that he, like many male writers of his generation, was influenced by Hemingway’s writing philosophy, style, and public image. MA ller argues that Hemingway “has the highest recognition value of all writers worldwide. Benson believes the details of Hemingway’s life have become a “prime vehicle for exploitation”, resulting in a Hemingway industry.Benson described him as introverted and private as J. D.

Salinger, although Hemingway masked his nature with braggadocio. In fact, during World War , Salinger met and corresponded with Hemingway, whom he acknowledged as an influence. In a letter to Hemingway, Salinger claimed their talks “had given him his only hopeful minutes of the entire war” and jokingly “named himself national chairman of the Hemingway Fan Clubs.

” Hemingway has often been described as a master of dialog, and most readers agree; however, that Hemingway’s one attempt at playwriting was a failure.The minor planet 3656 Hemingway, discovered in 1978 by Soviet astronomer Nikolai Stepanovich Chernykh, was named after Hemingway. The influence is evident with the many restaurants named “Hemingway”; and the proliferation of bars called “Harry’s” (a nod to the bar in “Across the River and Into the Trees”). A line of Hemingway furniture, promoted by Hemingway’s son Jack has pieces such as the “Kilimanjaro” bedside table, and a “Catherine” slip-covered sofa. Montblanc offers a Hemingway fountain pen, and a line of Hemingway safari clothes has been created.

Ray Bradbury wrote “The Kilimanjaro Device,” in which Hemingway is transported to the top of Mount Kilimanjaro. The 1993 film “Wrestling Ernest Hemingway,” about the friendship of two retired men in a seaside town in Florida, is named after a story one of the characters (played by Richard Harris) tells about having wrestled Hemingway in the 1930’s. “If a writer of prose knows enough of what he is writing about he may omit things that he knows and the reader, if the writer is writing truly enough, will have a feeling of those things as strongly as though the writer had stated them.The dignity of movement of an ice-berg is due to only one-eighth of it being above water. A writer who omits things because he does not know them only makes hollow places in his writing. (Ernest Hemingway in “Death in the Afternoon”) The story takes place at a train station in the Ebro River valley of Spain.

This particular day is oppressively hot and dry, and the scenery in the valley is barren and ugly for the most part. The two main characters are a man (referred to only as “the American”) and his female companion, whom he refers to as “Jig”. In “Hills Like White Elephants,” everything is boiled down and condensed.The extreme shortness of this story makes its point all the more powerful. Hemingway’s writing is journalistic and no-nonsense; he reports dialogue cleanly and directly, without any fluffy adjectives or fancy descriptions. This tight economy of words is one of the things that made Hemingway so famous in the 1920s, and his distinctive style is still much admired to this day. While the narration might seem cold and detached, emotion is present “ it’s just below the surface.

The more we explore this story, the more we feel what Jig and the man might be feeling, and the more our own emotions try to come to the surface. 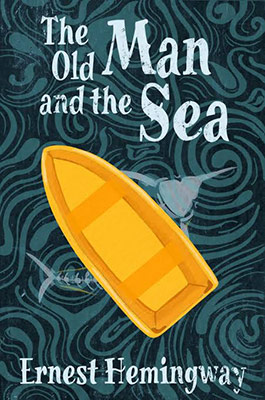