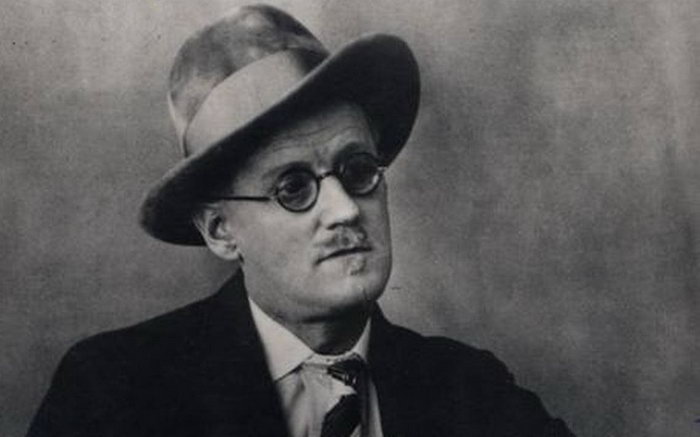 James Joyce was born on February 2, 1882, in Dublin, Ireland. He attended Clongowes Wood College and Belvedere College, and he received a BA from the Royal University in Dublin.

In 1904 Joyce left Dublin with Nora Barnacle; the couple had two children and eventually married in 1931. From 1904 to 1905, they lived in Pola, Austria-Hungary, where Joyce published his first literary work, the satirical poem “The Holy Office.” They went on to live in Trieste, Zurich, and Paris, returning to Ireland only rarely.

Joyce published his first book of poetry, Chamber Music (Elkin Matthews), in 1907. He is also the author of the poetry collection Pomes Penyeach (Shakespeare and Company, 1927). In 1936 The Black Sun Press published Joyce’s Collected Poems, which included the poems from his previous two collections alongside the poem “Ecce Puer,” written in 1932.

A review, sometimes attributed to T. S. Eliot, of Chamber Music in The Egoist reads, “Mr. Joyce is probably something of a musician; it is lyric verse, and good lyric verse is very rare. It will be called ‘fragile,’ but it is substantial, with a great deal of thought behind fine workmanship.”

Joyce is best known for his works of fiction, including Ulysses (Shakespeare and Company, 1922), the focus of several incendiary literary controversies; Portrait of the Artist as a Young Man (B. W. Huebsch, 1916); and Dubliners (Grant Richards, 1914). He also published Exiles: A Play in Three Acts (Grant Richards, 1918). Together, his works represent a major contribution to avant-garde modernism and to twentieth-century English literature.

Joyce suffered from a series of ocular illnesses, and he spent periods of his later life partially or totally blind. He died of complications from an intestinal surgery on January 13, 1941, in Zurich, Switzerland.