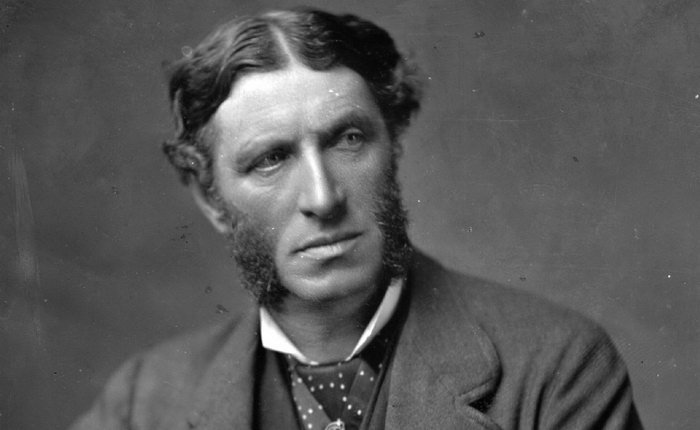 Although remembered now for his elegantly argued critical essays, began his career as a poet, winning early recognition as a student at the Rugby School where his father, Thomas Arnold, had earned national acclaim as a strict and innovative headmaster. Arnold also studied at Balliol College, Oxford University. In 1844, after completing his undergraduate degree at Oxford, he returned to Rugby as a teacher of classics. After marrying in 1851, Arnold began work as a government school inspector, a grueling position which nonetheless afforded him the opportunity to travel throughout England and the Continent. Throughout his thirty-five years in this position Arnold developed an interest in education, an interest which fed into both his critical works and his poetry. Empedocles on Etna (1852) and Poems (1853) established Arnold’s reputation as a poet and in 1857 he was offered a position, which he accepted and held until 1867, as Professor of Poetry at Oxford. Arnold became the first professor to lecture in English rather than Latin. During this time Arnold wrote the bulk of his most famous critical works, Essays in Criticism (1865) and Culture and Anarchy (1869), in which he sets forth ideas that greatly reflect the predominant values of the Victorian era.

Meditative and rhetorical, Arnold’s poetry often wrestles with problems of psychological isolation. In “To Marguerite—Continued,” for example, Arnold revises Donne‘s assertion that “No man is an island,” suggesting that we “mortals” are indeed “in the sea of life enisled.” Other well-known poems, such as “Dover Beach,” link the problem of isolation with what Arnold saw as the dwindling faith of his time. Despite his own religious doubts, a source of great anxiety for him, in several essays Arnold sought to establish the essential truth of Christianity. His most influential essays, however, were those on literary topics. In “The Function of Criticism” (1865) and “The Study of Poetry” (1880) Arnold called for a new epic poetry: a poetry that would address the moral needs of his readers, “to animate and ennoble them.” Arnold’s arguments, for a renewed religious faith and an adoption of classical aesthetics and morals, are particularly representative of mainstream Victorian intellectual concerns. His approach—his gentlemanly and subtle style—to these issues, however, established criticism as an art form, and has influenced almost every major English critic since, including T. S. Eliot, Lionel Trilling, and Harold Bloom. Though perhaps less obvious, the tremendous influence of his poetry, which addresses the poet’s most innermost feelings with complete transparency, can easily be seen in writers as different from each other as W. B. Yeats, James Wright, Sylvia Plath, and Sharon Olds. Late in life, in 1883 and 1886, Arnold made two lecturing tours of the United States. Matthew Arnold died in Liverpool on April 15, 1888.