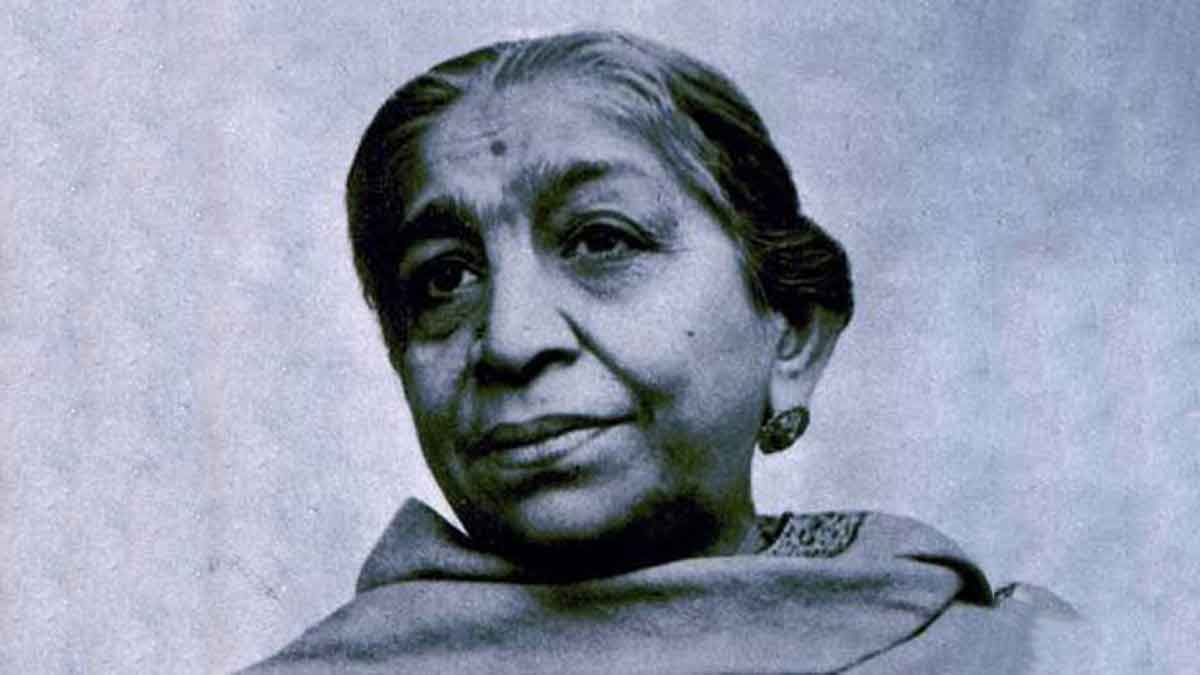 Sarojini Naidu (February 13, 1879 – March 2, 1949) was born in Hyderabad, India as the eldest daughter of scientist, philosopher, and educator Aghornath Chattopadhyaya, and Varada Sundari Devi, a Bengali poetess. Her father was the founder of the Nizam College, Hyderabad and also the first member of the Indian National Congress in Hyderabad with his friend Mulla Abdul Qayyum. Chattopadhyaya’s family heritage was of the Brahman class, originally from Bengal. He was later dismissed from his position as Principal and even banished in retaliation for his political activities. Sarojini Naidu learned to speak Urdu, Telugu, English, Persian and Bengali. Her favorite poet was P.B. Shelley.

She attained national fame for entering Madras University at the age of twelve. At sixteen, she traveled to England to study first at King’s College London and subsequently at Girton College, Cambridge. While in England, she identified with the Suffragette movement. Also in England, she was encouraged by the poets Arthur Simon and Edmond Gausse to explore Indian themes in her writing, such as India’s landscape, her temples and her people. Her first book of poetry, The Golden Threshold, appeared in 1905. Other volumes followed. Her poems featured everyday scenes of Indian life, often drawn from the streets and markets, thus snake charmers and beggars and bangle sellers populate her poetry. It was in 1905 that she joined the Indian National Congress in protest over the Partition of Bengal. She was a strong supporter of women’s rights, a champion of education for all and of Hindu-Muslim unity.