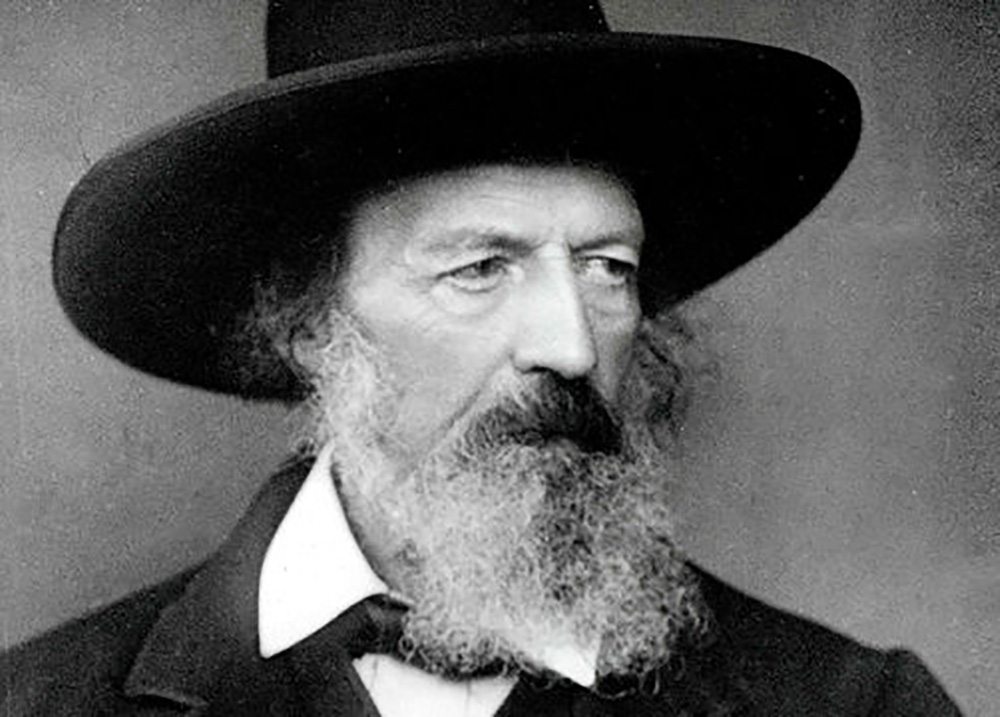 His father, the Reverend George Tennyson, tutored his sons in classical and modern languages. In the 1820s, however, Tennyson’s father began to suffer frequent mental breakdowns that were exacerbated by alcoholism. One of Tennyson’s brothers had violent quarrels with his father, a second was later confined to an insane asylum, and another became an opium addict.

Tennyson escaped home in 1827 to attend Trinity College, Cambridge. In that same year, he and his brother Charles published Poems by Two Brothers. Although the poems in the book were mostly juvenilia, they attracted the attention of the “Apostles,” an undergraduate literary club led by Arthur Hallam. The “Apostles” provided Tennyson, who was tremendously shy, with much needed friendship and confidence as a poet. Hallam and Tennyson became the best of friends; they toured Europe together in 1830 and again in 1832. Hallam’s sudden death in 1833 greatly affected the young poet. The long elegy In Memoriam and many of Tennyson’s other poems are tributes to Hallam.

In 1830, Tennyson published Poems, Chiefly Lyrical and in 1832 he published a second volume entitled simply Poems. Some reviewers condemned these books as “affected” and “obscure.” Tennyson, stung by the reviews, would not publish another book for nine years. In 1836, he became engaged to Emily Sellwood. When he lost his inheritance on a bad investment in 1840, Sellwood’s family called off the engagement. In 1842, however, Tennyson’s Poems in two volumes was a tremendous critical and popular success. In 1850, with the publication of In Memoriam, Tennyson became one of Britain’s most popular poets. He was selected Poet Laureate in succession to Wordsworth. In that same year, he married Emily Sellwood. They had two sons, Hallam and Lionel.

At the age of 41, Tennyson had established himself as the most popular poet of the Victorian era. The money from his poetry (at times exceeding 10,000 pounds per year) allowed him to purchase a house in the country and to write in relative seclusion. His appearance—a large and bearded man, he regularly wore a cloak and a broad brimmed hat—enhanced his notoriety. He read his poetry with a booming voice, often compared to that of Dylan Thomas. In 1859, Tennyson published the first poems of Idylls of the Kings, which sold more than 10,000 copies in one month. In 1884, he accepted a peerage, becoming Alfred Lord Tennyson. Tennyson died on October 6, 1892, and was buried in Westminster Abbey.