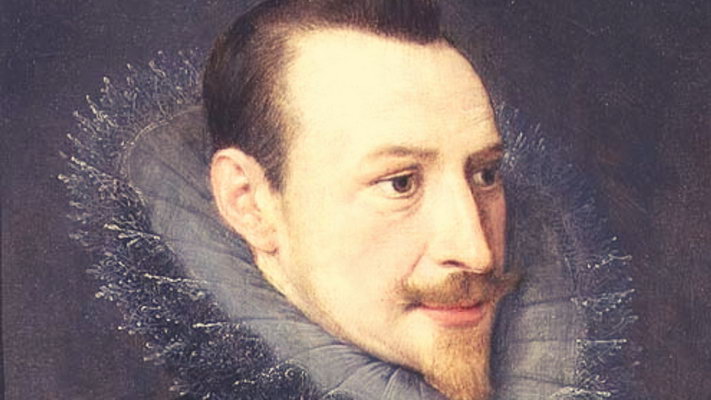 Edmund Spenser was born in London in the year 1552 or 1553. Little is known about his family or his childhood, except that he received a scholarship to attend the Merchant Taylor School, where he likely studied Latin and Greek. He went on to study literature and religion at Cambridge University’s Pembroke Hall, receiving a BA in 1573 and an MA in 1576.

Spenser published his first volume of poetry, The Shepheardes Calender (Hugh Singleton), in 1579, dedicating it to the poet Sir Philip Sidney. He was also the author of The Faerie Queene (William Ponsonby, 1596), a major English epic, and Amoretti and Epithalamion (William Ponsonby, 1595), a sonnet sequence dedicated to his second wife, Elizabeth Boyle.

Alongside his poetry, Spenser pursued a career in politics, serving as a secretary first for the Bishop of Rochester and then for the Earl of Leicester, who introduced him to other poets and artists in Queen Elizabeth’s court. In 1580, he was appointed secretary to the Lord Deputy of Ireland; later, in 1596, he wrote an inflammatory pamphlet called A View of the Present State of Ireland (James Ware, 1633).

In 1598, during the Nine Years War, Spenser was driven from his home in Ireland. He died in London in 1599 and was buried in Poets’ Corner in Westminster Abbey.