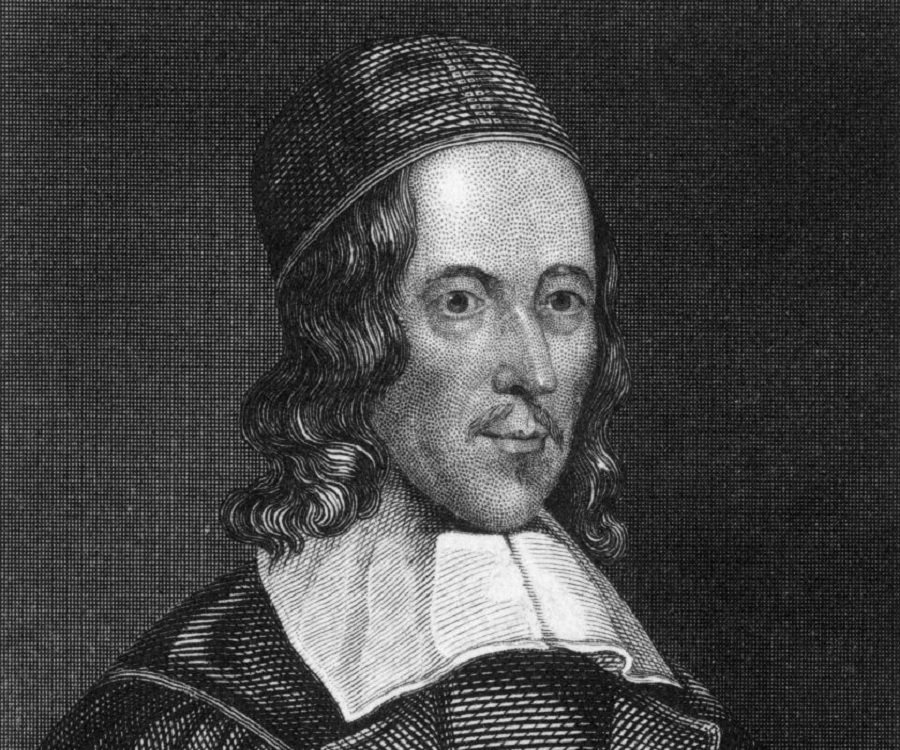 George Herbert was born on April 3, 1593, the fifth son of an eminent Welsh family. His mother, Magdalen Newport, held great patronage to distinguished literary figures such as John Donne, who dedicated his Holy Sonnets to her. Herbert’s father died when he was three, leaving his mother with ten children, all of whom she was determined to educate and raise as loyal Anglicans. Herbert left for Westminster School at age ten, and went on to become one of three to win scholarships to Trinity College, Cambridge.

Herbert received two degrees (a B.A. in 1613 and an M.A. in 1616) and was elected a major fellow of Trinity. Two years after his college graduation, he was appointed reader in Rhetoric at Cambridge, and in 1620 he was elected public oratora post wherein Herbert was called upon to represent Cambridge at public occasions and that he described as “the finest place in the university.” In 1624 and 1625 Herbert was elected as a representative to Parliament. He resigned as orator in 1627, married Jane Danvers in 1629, and took holy orders in the Church of England in 1630. Herbert spent the rest of his life as rector in Bemerton near Salisbury. While there, he preached, wrote poetry, and helped rebuild the church out of his own funds.

Herbert’s practical manual to country parsons, A Priest to the Temple (1652), exhibits the intelligent devotion he showed to his parishoners. On his deathbed, he sent the manuscript of The Temple to his close friend, Nicholas Ferrar, asking him to publish the poems only if he thought they might do good to “any dejected poor soul.” He died of consumption in 1633 at the age of forty and the book was published in the same year. The Temple met with enormous popular acclaimit had been reprinted twenty times by 1680.

Herbert’s poems have been characterized by a deep religious devotion, linguistic precision, metrical agility, and ingenious use of conceit. Samuel Taylor Coleridge wrote of Herbert’s diction that “Nothing can be more pure, manly, or unaffected,” and he is ranked with Donne as one of the great Metaphysical poets.