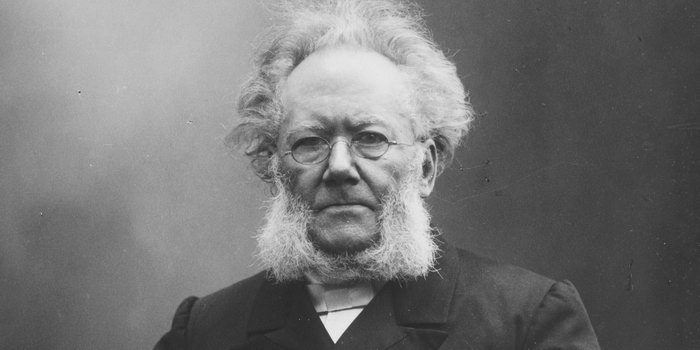 Ibsen was born on 20th March 1828 in the city Skien, Norway. Henrik Ibsen was the eldest of his five siblings. He belonged to an affluent merchant family settled in the port town of Skien, which was well known for shipping timber.

Henrik father, Knud Ibsen (1797-1877) was a well-off merchant. His mother, Marichen Altenburg (1799-1869) was a daughter of one of the richest merchants of the Skien. When Henrik Ibsen turned eight his father went bankrupt and became alcohol addicted. This was the most shattering thing happened to his family. All through his childhood, Ibsen had been doomed and depressive that can easily be seen in his work which is as much a reflection of his own life. Even in most plays he had named his characters after his family and acquaintances like in his most surreal drama, Rosmersholm (1886).

At the age of fifteen, he was forced to leave his school. Then he moved to Grimstad and worked as an apprentice to a pharmacist. That was the time when he discovered himself as an author. He worked at the pharmacy for six years and in the rarely given spare time he started writing plays and painting. Then in 1850 he moved to Christiania (now Oslo) for the sake of getting admission into University of Christiania but couldn’t pass all the entrance exams. Quitting the idea of studies Ibsen fully concentrated on his writing. He completed and published his first verse drama, a tragedy, Catilina with the help of a friend. Nor the play did sell any significant number of copies neither it got accepted at any theatre for performances. In 1851, he got a job at the National Theatre of Bergen. The Burial Mound was his first drama to be staged and attracted few. In the following years he wrote numerous plays that went unsuccessful but his determination to be a playwright stayed strong.

Year 1858, Ibsen returned to Christiania to work as creative director at a local Norwegian theatre. Later in the year, he got married to Suzannah Thorese. The couple got blessed with one child, Sigurd Ibsen who also became an author and was a successful politician too. Ibsen’s family faced very hard financial crisis at that time. Disappointed from life in Norway, Ibsen went to Italy in 1864 and didn’t return to Norway, his hometown, for 27 years. Then in this self-imposed exile he wrote a drama, Brands, which gave him a breakthrough and financial success he was seeking for as a playwright. After critically acclaimed Brands (1865), there was no looking back for Ibsen. Some of his fine works include the Peer Gynt (1867) which made him famous in Italy. In 1868, Ibsen went to Germany. Here he dramatized his social and controversial plays such as The Pillars of Society followed by his remarkably famous, A Doll’s House (1879). Then he went to Rome again and wrote Ghosts (1881) and An Enemy of the People. Drama, Ghosts, includes the topics such as venereal disease and incest which even more triggered the controversy about Ibsen’s plays. He moved back to Germany after a few years, and wrote his most well known work, Hedda Gabbler (1890). This was the time when Henrik Ibsen became famous across the Europe.

In 1891, Henrik Ibsen went back to Norway as a noted but controversial literary hero. The first drama he wrote after his return was The Master Builder. His later plays became the sort of tourist attraction in Christiania. In 1899, he wrote When We Dead Awaken which proved to be his last play. In 1900, he suffered from a series of strokes but managed to live for few years after that. On May 23, 1906 he passed away. 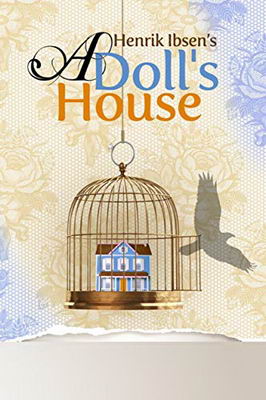