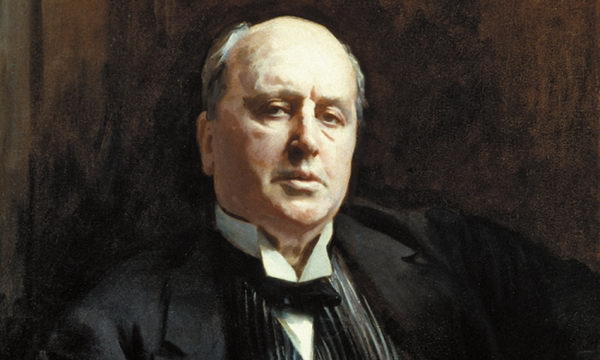 “I always understood,” he continued, “though it was so strange–so pitiful. You wanted to look at life for yourself–but you were not allowed; you were punished for your wish. You were ground in the very mill of the conventional!”
– Ch. 54

James’s works, many of which were first serialized in the magazine The Atlantic Monthly include narrative romances with highly developed characters set amongst illuminating social commentary on politics, class, and status, as well as explorations of the themes of personal freedom, feminism, and morality. In his short stories and novels he employs techniques of interior monologue and point of view to expand the readers’ enjoyment of character perception and insight. Often comparing the Old World with the New, and influenced by Honore de Balzac, Henrik Ibsen, Charles Dickens, and Nathaniel Hawthorne of whose work he wrote “too original and exquisite to pass away” James would become widely respected in North America and Europe, earning honorary degrees from Harvard and Oxford Universities, in 1911 and 1912 respectively. He was acquainted with many notable literary figures of the day including Robert Browning, Ivan S. Turgenev, Emile Zola, Lord Alfred Tennyson, and Gustave Flaubert. American-born and never married, James would live the majority of his life in Europe, becoming a British citizen in 1915 after the outbreak of World War I. Many of his works have inspired other author’s works and adaptations to the stage and screen.

Henry James was born on 15 April 1843 in New York City, New York State, United States, the second of five children born to theologian Henry James Sr. (1811-1882) and Mary Robertson nee Walsh. Henry James Sr. was one of the most wealthy intellectuals of the time, connected with noted philosophers and transcendentalists as Ralph Waldo Emerson and Henry David Thoreau, as well as Nathaniel Hawthorne, Thomas Carlyle, and Henry Wadsworth Longfellow; fellow friends and influential thinkers of the time who would have a profound effect on his son’s life. Education was of the utmost importance to Henry Sr. and the family spent many years in Europe and the major cities of England, Italy, Switzerland, France, and Germany, his children being tutored in languages and literature.

After several attempts at attending schools to study science and law, by 1864 James decided he would become a writer. He was always a voracious reader and he now immersed himself in French, Russian, English, and American classic literature. He ventured out on his own travels to Europe, wrote book reviews, and submitted stories to magazines such as the North American Review, Nation, North American Tribune, Macmillan’s, and The Atlantic Monthly which also serialized his first novel Watch and Ward (1871). James left America and lived for a time in Paris, France before moving to London, England in 1876. He continued his prodigious output of short stories and novels including Roderick Hudson (1875), The American (1877), The Europeans (1878), Confidence (1879), Washington Square (1880), The Pension Beaurepas (1881), and his extended critical critical essay Hawthorne (1879). He also wrote the novella Daisy Miller (1879) which he later based a play on; one of many that proved unsuccessful. A Little Tour In France (1884) was followed by The Bostonians (1886), The Aspern Papers (1888), The Reverberator (1888), The Tragic Muse (1890), The Pupil (1891), Sir Dominick Ferrand (1892), The Death of the Lion (1894), The Coxon Fund (1894), and The Altar of the Dead (1895).

In 1904 James traveled to America where he embarked on a cross-country lecture tour, which inspired his series of essays first published in North American Review, Harper’s, The Fortnightly Review then in 1907 as The American Scene. When World War I broke out, being an American expatriate, James was not happy with America’s reluctance to join the war and became a British Citizen in 1915. In 1916 he was awarded the Order of Merit by King George V.

After several years of decline and a stroke a few months earlier, Henry James died of pneumonia on 28 February 1916. His ashes were interred at the Cambridge Cemetery in Massachusetts, United States, his stone inscribed “Novelist, Citizen of Two Countries, Interpreter of His Generation On Both Sides Of The Sea”. A memorial stone was placed for him in the Poets’ Corner of Westminster Abbey, London, England in 1976.

Live all you can; it’s a mistake not to. It doesn’t so much matter what you do in particular so long as you have your life. If you haven’t had that what have you had?
–from the Preface of The Ambassadors 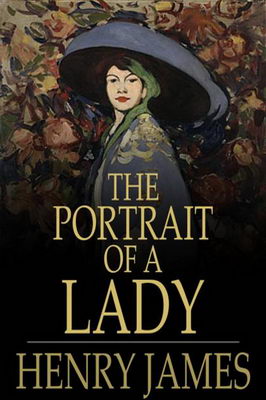