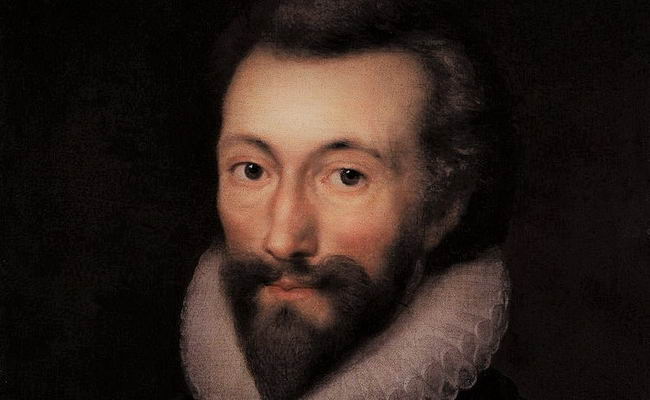 John Donne is known as the founder of the Metaphysical Poets, a term created by Samuel Johnson, an eighteenth-century English essayist, poet, and philosopher. The loosely associated group also includes George Herbert, Richard Crashaw, Andrew Marvell, and John Cleveland. The Metaphysical Poets are known for their ability to startle the reader and coax new perspective through paradoxical images, subtle argument, inventive syntax, and imagery from art, philosophy, and religion using an extended metaphor known as a conceit. Donne reached beyond the rational and hierarchical structures of the 17th century with his exacting and ingenious conceits, advancing the exploratory spirit of his time.

Donne’s poetry embraces a wide range of secular and religious subjects. He wrote cynical verse about inconstancy, poems about true love, Neoplatonic lyrics on the mystical union of lovers’ souls and bodies and brilliant satires and hymns depicting his own spiritual struggles. The two “Anniversaries” – “An Anatomy of the World” (1611) and “Of the Progress of the Soul” (1612)–are elegies for 15-year-old Elizabeth Drury.