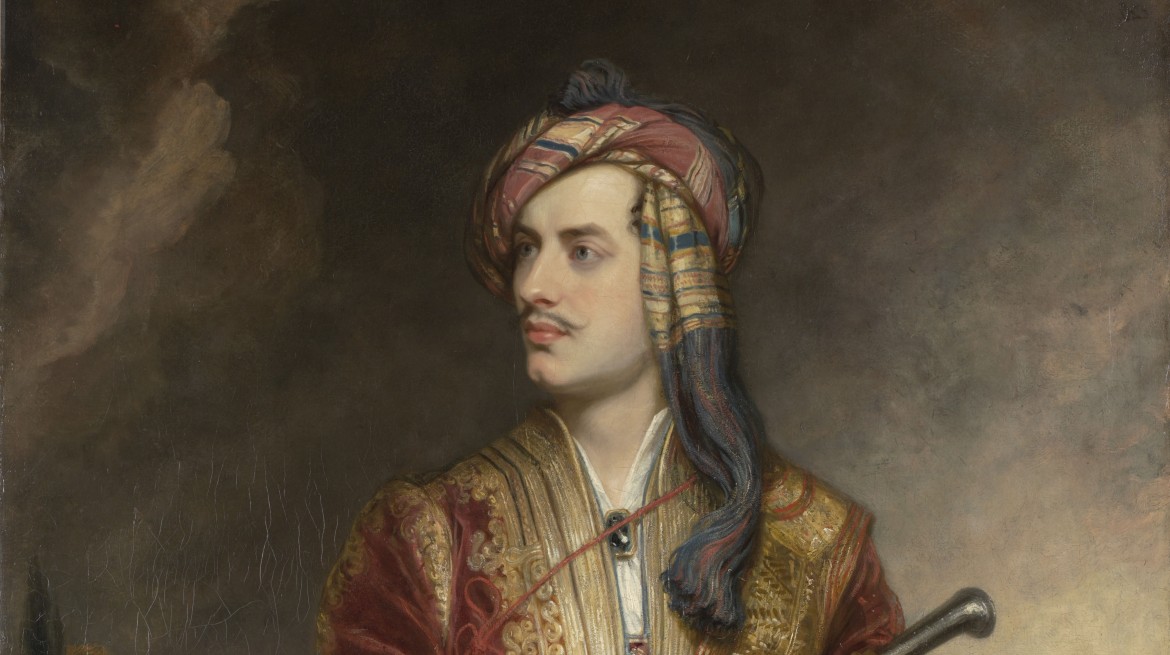 He studied at Aberdeen Grammar School and then Trinity College in Cambridge. During this time Byron collected and published his first volumes of poetry. The first, published anonymously and titled Fugitive Pieces, was printed in 1806 and contained a miscellany of poems, some of which were written when Byron was only fourteen. As a whole, the collection was considered obscene, in part because it ridiculed specific teachers by name, and in part because it contained frank, erotic verses. At the request of a friend, Byron recalled and burned all but four copies of the book, then immediately began compiling a revised version—though it was not published during his lifetime. The next year, however, Byron published his second collection, Hours of Idleness, which contained many of his early poems, as well as significant additions, including poems addressed to John Edelston, a younger boy whom Byron had befriended and deeply loved.

By Byron’s twentieth birthday, he faced overwhelming debt. Though his second collection received an initially favorable response, a disturbingly negative review was printed in January of 1808, followed by even more scathing criticism a few months later. His response was a satire, English Bards and Scotch Reviewers, which received mixed attention. Publicly humiliated and with nowhere else to turn, Byron set out on a tour of the Mediterranean, traveling with a friend to Portugal, Spain, Albania, Turkey, and finally Athens. Enjoying his new-found sexual freedom, Byron decided to stay in Greece after his friend returned to England, studying the language and working on a poem loosely based on his adventures. Inspired by the culture and climate around him, he later wrote to his sister, “If I am a poet … the air of Greece has made me one.”

Byron returned to England in the summer of 1811 having completed the opening cantos of Childe Harold’s Pilgrimage, a poem which tells the story of a world-weary young man looking for meaning in the world. When the first two cantos were published in March of 1812, the expensive first printing sold out in three days. Byron reportedly said, “I awoke one morning and found myself famous.”

His fame, however, was among the aristocratic intellectual class, at a time when only cultivated people read and discussed literature. The significant rise in a middle-class reading public, and with it the dominance of the novel, was still a few years away. At 24, Byron was invited to the homes of the most prestigious families and received hundreds of fan letters, many of them asking for the remaining cantos of his great poem—which eventually appeared in 1818.

An outspoken politician in the House of Lords, Byron used his popularity for public good, speaking in favor of workers’ rights and social reform. He also continued to publish romantic tales in verse. His personal life, however, remained rocky. He was married and divorced, his wife Anne Isabella Milbanke having accused him of everything from incest to sodomy. A number of love affairs also followed, including one with Claire Clairmont, the poet Percy Bysshe Shelley<’s sister-in-law. By 1816, Byron was afraid for his life, warned that a crowd might lynch him if he were seen in public.

Forced to flee England, Byron settled in Italy and began writing his masterpiece, Don Juan, an epic-satire novel-in-verse loosely based on a legendary hero. He also spent much of his time engaged in the Greek fight for independence and planned to join a battle against a Turkish-held fortress when he fell ill, becoming increasingly sick with persistent colds and fevers.

When he died on April 19, 1824, at the age of 36, Don Juan was yet to be finished, though 17 cantos had been written. A memoir, which also hadn’t been published, was burned by Byron’s friends who were either afraid of being implicated in scandal or protective of his reputation.