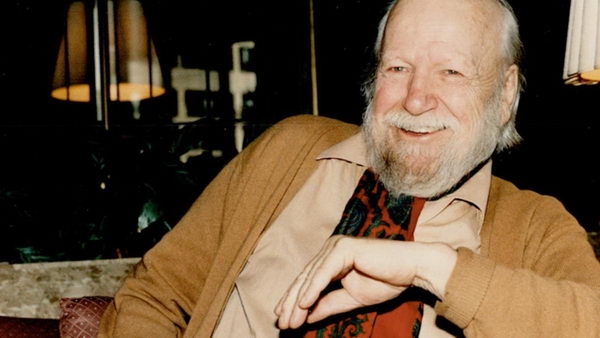 Sir William Gerald Golding was a British writer, poet and playwright born on 19th September 1911 in Newquay, Cornwall. He studied at Marlborough Grammar School; the same school where his father, Alec Golding was a teacher. He enrolled at Brasenose College, Oxford to study Natural Sciences but then changed his major to English Literature after two years. He was a graduate in 1934 receiving his B.A honors in English Literature. The same year he published his first book titles ‘Poems’.

Golding got married in 1939 to Ann Brookfield who was an analytical chemist. They had two children. Shortly after their marriage, Golding got a job as a schoolmaster. The next year, Golding enlisted in the Royal Navy and fought in the Second World War. He was involved in various missions before the war ended. Golding returned home safe to start a normal life teaching Philosophy and English as before. In 1953, nearly a decade later, Golding wrote a novel that was to become the reason for his success. Although his publisher demanded some editing in the work, the book was finally published in 1954 named ‘Lord of the Flies’ that was very well received.

Golding also wrote short fiction, plays and essays. He also authored a travel book. His play was called ‘The Brass Butterfly’. His essays include ‘The Hot Gates’ (1965), ‘A Moving Target’ (1982) and ‘An Egyptian Journal’ (1985). William Golding also had some works that were unpublished. These included an account of the D-Day training whilst sailing on the south coast of London. It was called ‘Seahorse’ and was written by Golding in 1948. He wrote a novel named ‘Circle under the Sea’ which was about an ambitious writer who uncovers archaeological treasures on Isles of Scilly. His third unpublished work was a novel called ‘Short Measure’.

William Golding’s writing style mostly used classical literature, Christian symbolism and mythology and all his novels are distinct from each other. There is no common plot or story however all of them are set on villages and island, courts and monasteries; mostly closed settings. Golding was nominated as a candidate for ‘Chancellorship’ of the University of Kent, Canterbury but lost. He was honored with awards such as the ‘James Tait Black Memorial Prize’ in 1979, the Booker Prize in 1980. He was given the Nobel Prize for Literature in 1983. He was awarded the title of ‘Sir’ by the Queen in 1988. The Times included him in the list of ‘The 50 Greatest British Writers since 1945’.